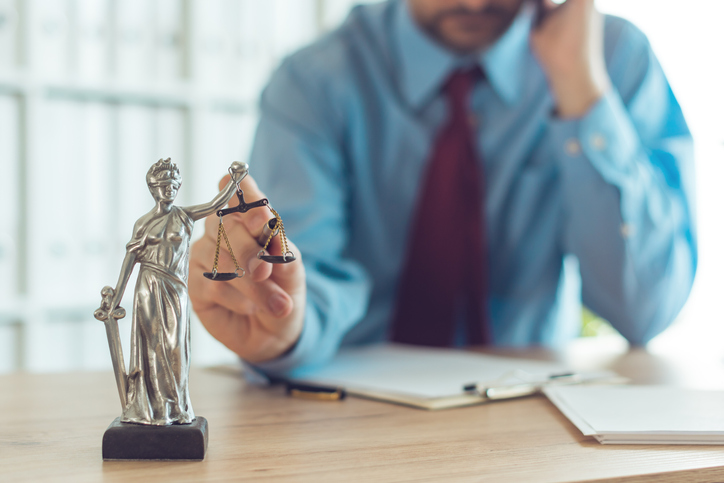 Section 58(1) of the Police and Criminal Evidence Act 1984 (PACE) gives a person arrested, and then detained at a police station, an absolute right to consult a solicitor if he/she requests to do so. That request is a demand which the police cannot ignore. They must, therefore, permit a consultation “as soon as is practicable ”. This is reinforced by the wording of the Code of Practice, binding on the police, which should be read together with PACE.

The Divisional Court, in one famous case made it clear that there is a tension between section 58 of PACE and the provisions of the Road Traffic Act 1988, under which the police can demand an evidential specimen of breath, blood or urine (depending upon the circumstances of the individual case).
The judge in that case said:
“The police, on the one hand, should, once a request for a consultation with a solicitor is made, take appropriate steps to make that happen . . . If there is no identified solicitor then they should make the appropriate call to the call centre. But that should not delay, in itself, the obligation of the police to carry on with the procedure.”
“If it is apparent that the advice can be readily made available . . . in a couple of minutes or so then clearly it would be appropriate to balance the rights and the obligations in question by requiring the police to delay the breath test at least for a short time. If it is anything greater than that, it does not seem to me that it is a requirement that the police should delay the giving of the breath test simply for that reason.”

Other legal cases have put a gloss on the above words, but the basic position remains the same: a detained person has a right to consult a lawyer providing that such a lawyer is readily available. Thus if one was talking about a wait of many minutes then clearly the police would have every right to press on with the procedure.

It is clear – in such a scenario – that it is the police who “hold all the cards”. That is why such protection has been specifically given by Parliament. Moreover, the reason for such protection is manifestly obvious. It is there to protect the vulnerable.

Any duty solicitor “worth his or her salt”, perhaps contacted by ‘phone from a police station, would (depending upon the circumstances) in all likelihood tell a suspect facing such a police investigation, that he had no alternative but to provide the evidential sample required by the police. Therefore, in the normal course of events, the sample of breath blood or urine would be provided following such legal advice. However, if the police do not permit such a consultation and a suspect goes on to fail to provide, then he or she will be charged with the offence of failing to provide an evidential sample.

A trial lawyer, faced with such a scenario, may argue that it would be unfair to allow the evidential procedure to go in as part of the prosecution case. That argument is based upon section 78 of PACE, which gives the court a “discretion” as to whether or not to exclude evidence.
It reads as follows:
“In any proceedings the court may refuse to allow evidence on which the prosecution proposes to rely to be given if it appears to the court that, having regard to all the circumstances, including the circumstances in which the evidence was obtained, the admission of the evidence would have such an adverse effect on the fairness of the proceedings that the court ought not to admit it.”

The unfairness is that, if the suspect had been properly advised then, in all likelihood, he would have provided: it is, after all a legal requirement to do so. As he was denied his right to speak to a solicitor (in the very limited circumstances mentioned above), then he was severely prejudiced, for – if he had provided – then he may have been under the limit and would not have been charged with anything.

That trial lawyer will probably go on to point out to the court, that it would be idle and irrelevant speculation to consider whether or not the defendant might have been charged with another offence (i.e. driving with excess alcohol), as nobody would ever know. Moreover, if the court agrees that there has been a breach of a defendant’s section 58 PACE rights, then there should be a remedy; otherwise why have section 58 of PACE in the first place. The remedy would be for the court to exclude from its consideration the evidential procedure.

If the evidential procedure is excluded then that will, of course, be the end of the case and the defendant would be acquitted.

That is the argument; whether or not it will be accepted by any individual bench of magistrate’s will depend upon the circumstances of the case and the exercise, by the Bench concerned, of the “discretion” (their discretion), mentioned above.