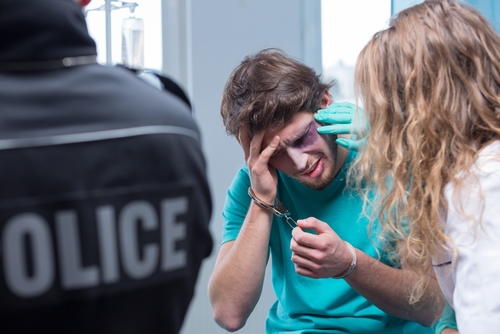 The obtaining of blood (occasionally urine), specimen at a hospital can be a minefield for the police. Part of the reason for this is because hospital cases are not the norm for officers investigating a suspected drink driving or drug driving case and as with anything else, the more a person does something the more proficient he/she will become

The usual scenario is an arrest at the roadside, following a positive roadside test (better described as a screening test) and the taking of the suspect to the nearest police station where the evidential procedure is begun and completed; resulting – if the suspect blows 40 or above (or is above the drug driving limit) – in a drink driving or drug driving charge.

It follows that the opportunity for a technical loophole defence, should you find yourself hospitalised, usually following a road traffic accident, is more likely in such cases than in the normal drink driving/drug driving case. Rightly, the legislation dealing with hospital cases provides safeguards for the patient (suspect), whilst at the same empowering the police to insist (subject to those safeguards) that the patient supplies a specimen – invariably blood – or risk being prosecuted for failing to provide an evidential sample. This, of course, presupposes that the police requirement has been made legally; i.e. within the legal demands discussed in this article.

Therein “lies the wrinkle”, or potential loophole defence if you prefer!

THE LAW:
Whilst a suspect is a patient at a hospital he/she cannot be REQUIRED to:
(i) Comply with a screening test;
(ii) Provide a specimen for a laboratory test or
(iii) Give permission for a sample taken without his/her permission (i.e. whilst unconscious to be sent for later laboratory analysis)
UNLESS the MEDICAL PRACTITIONER IN IMMEDIATE CHARGE OF HIS/HER CASE has been told of this before it happens.
That medical practitioner may object to (i), (ii) and (iii) above if he/she considers that:
(a) Giving the warning (of possible prosecution if a patient fails to provide) would interfere with the proper treatment of the patient &/or
(b) Making the requirement to provide blood & (where a sample of blood is proposed to be taken without consent – because the patient is incapable) the actual taking of that sample, would similarly interfere with the proper treatment of the patient
In the latter case the medical practitioner may also:
(c) object to the giving of the warning (of the consequences of failing to give permission for a sample taken under (iii) to be sent for laboratory analysis).

Similarly, a police officer may give evidence that the medical practitioner did not object to (i), (ii) and (iii) above: again this evidence will not be viewed by the court as being hearsay.
However, though such evidence may raise what is called a “prima facie” case (i.e. one in which the court MAY convict) this does not mean that such evidence cannot be challenged. Indeed any defence lawyer “worth his or her salt”, defending a client facing such an allegation should, in my view, check the position and confirm whether or not the medical practitioner concerned was in fact THE MEDICAL PRACTITIONER IN IMMEDIATE CHARGE, etc. If he/she wasn’t then that is probably the end of the case without the need for any further challenge!

Has your drink driving solicitor or barrister checked this out? If not then why not?